The Canterbury Magicians put the finishing touches on a perfect Twenty20 season, winning the women's domestic cricket final by seven wickets against the Central Hinds in Rangiora. 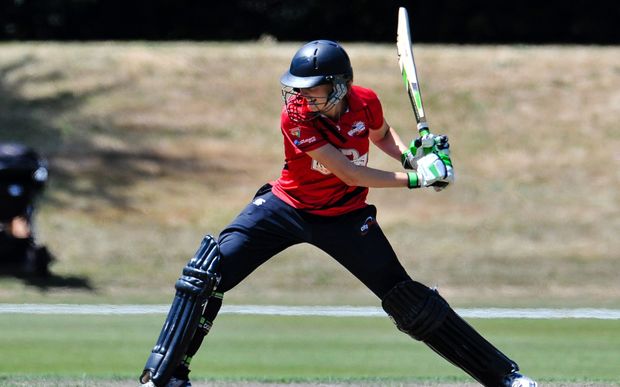 Today's 5.9 magnitude earthquake in Christchurch was felt in the middle but it did not rattle Magicians captain Amy Satterthwaite.

She and Frances Mackay shared a 73-run stand for the first wicket to get their team well on the way to hunting down the Hinds' 92 for nine.

Satterthwaite completed a starring all-round performance by top-scoring with a 44-ball 49 before she was bowled by the Hinds' young Mikaela Greig on the cusp of a half century.

Earlier, Central Hinds captain Kate Broadmore had opted to bat first, and likewise top-scored for her team with a 50-ball 42.

But Canterbury's attack, consisting entirely of present or former White Ferns, made regular breakthroughs around her, before Broadmore herself became the sixth to fall at the end of the 16th over.

It left the Hinds tailenders with a lot of ground to recover, but Amy Satterthwaite picked off a couple more wickets for figures of 3-11 off her four overs.

The Magicians ticked off their winning runs from the last ball of the 17th over, just three wickets down.

Mackay's unbeaten 26, meant she ended the Twenty20 competition as its most successful allrounder, in her 50th Twenty20 for the Magicians.

Yesterday, the Auckland Hearts defended the Women's One-Day crown, taking out the 2016 title with an impressive eight-wicket win over Wellington Blaze in Auckland.