Former Australian captain Michael Clarke has poured cold water on speculation he is positioning himself for a return to the international cricket arena. 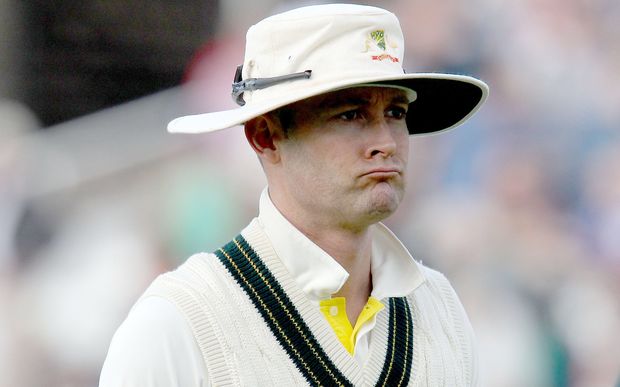 Michael Clarke at the end of the disastrous 1st day of the 4th Ashes Test, 2015. Photo: PHOTOSPORT

Five months after his Test retirement in the wake Australia's Ashes series loss in England, the 34-year-old will make his playing return for his club side Western Suburbs next weekend in the Sydney grade cricket competition.

In announcing his plans to pick up the willow, the 34-year-old last month said he could "never say never" to a possible international return but has since distanced himself from talk of donning the green and gold again.

"I'm really focused on playing this game for Wests and then I've got all of winter to think about things," Clarke said.

"A lot of things have been written and said and I take that as a compliment that people still think I can play - BBL, county cricket, for New South Wales or whatever.

"I'll have plenty of time to think about that but, right now, it's really just an invitation from my club to come back and play for them."

Clarke last year signed a two-year deal with Big Bash League franchise the Melbourne Stars but pulled out three months before the start of the tournament to take time off post-retirement.

He had previously expressed a desire to play in the BBL and other Twenty20 leagues across the world - such as the Indian Premier League.

Clarke said he had no contract in place with the Stars for the 2016-17 edition and would reassess his options after seeing how he pulled through his first match back.

He accepted an invitation from his junior club to play against Randwick-Petersham in a two-day match next Saturday and Sunday at Pratten Park in Ashfield in inner western Sydney.

Before having his first hitout in the nets on Thursday and meeting his teammates, Clarke said he was passionate about giving back to the club he first played with as a 13-year-old.

"I'll bat wherever the skipper wants me to bat," Clarke said.

"I absolutely don't care. He just told me then he's got a spot for me. So wherever he wants me, I'm ready to go."