Novak Djokovic hit some spectacular shots and held off a Roger Federer fightback as he reached the final of the Australian Open for the fifth time in six years with a 6-1 6-2 3-6 6-3 victory. 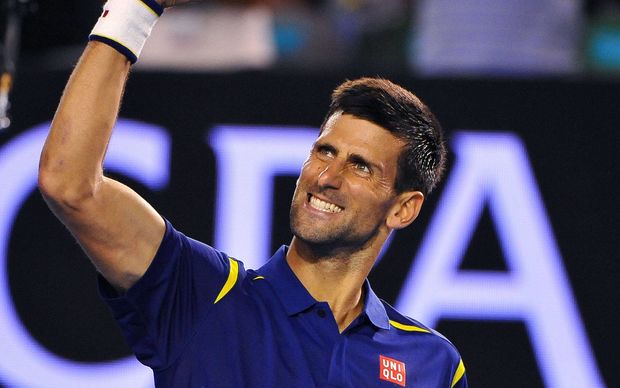 For the first two sets, 17-times major champion Federer looked as powerless as Agnieszka Radwanska had earlier on the same court when the Pole was taken apart 6-0 6-4 by reigning women's champion Serena Williams.

Federer restored some pride by taking the third set and made the champion work hard through some breathtaking rallies in the fourth before the Serbian took his place in a title decider against Andy Murray or Milos Raonic.

"These were probably the best two sets I've played against (Roger) over my career," said 28-year-old Djokovic, who will be bidding for a record-equalling sixth Australian Open title on Sunday.

"This was I think a different level than from before. I'm just very, very pleased that I was able to perform the way I did from the very beginning till the end."

Williams was in similarly dominant form in her semi-final as she set up a date on Saturday with Germany's Angelique Kerber, who reached her first grand slam final by ending Briton Johanna Konta's fairytale run 7-5 6-2.

The 45th showdown between Djokovic and Federer, the best two hardcourt players of their generations, was always going to be the highlight of day 11 of the tournament.

Four days after he racked up 100 unforced errors in a messy fourth round win over Gilles Simon, Djokovic started brilliantly and played 55 minutes of near flawless power tennis to take a commanding two sets to nil lead.

With the crowd making clear their desperation for the Swiss to avoid a humiliating defeat, however, Federer managed to find another gear to his serve, charged the net more frequently and snatched the third set.

Now playing under a closed roof, Djokovic took some time to regain his level in the fourth but grabbed the crucial break for a 5-3 lead and served out comfortably to reach his fifth straight grand slam final.

"You've got to try and stop the bleeding at some point," said Federer. "It was tough to get back into it but I found a way and made something of a match of it. But clearly I'm still disappointed."