Distance runner Nick Willis has continued his strong form heading into this year's World Indoor Championships in Portland and the Rio Olympics. 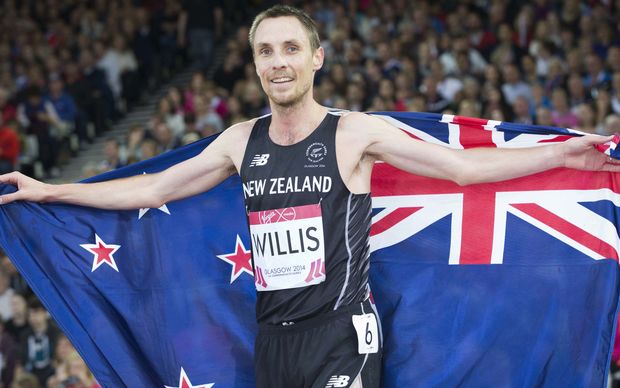 Sitting back in the early stages, the 2008 Olympic 1500m silver medallist Willis worked his way through the field to sit behind the leaders with three laps to go, and surged away to win over the last 400m.

The New Zealand junior women's relay squad led some top sprinting action with a national under 20 record, recording 45.04, smashing the previous record of 45.57 which had stood for 22 years.

Kodi Harman 10.55 and James Mortimer 10.61 filled the minor men's placings while Australian Christine Wearne 11.74 and Lucy Sheat 11.81 came in next in the women's race.

Mortimer turned the tables on Millar and Harman in the 200m winning in a personal best 21.02 with a legal wind.

Coster's 100m win was over some excellent junior talent and she followed it up with a stunning performance over 100m hurdles, stopping the clock at 13.19.

Andrew Whyte ran an impressive 400m in 47.54, winning from Frazer Wickes and Tama Toki, who had earlier won the 400m hurdles while Louise Jones took out the women's 400m narrowly from Brooke Cull.

Michael Dawson and Katherine Marshall were winners over 800m, running impressive times in the gusty conditions.

High Jumper Liz Lamb cleared 1.81 to win the women's high jump and went very close twice at 1.86, a height which would have given her a meeting record. The men's high jump was won by Sam Pinson at 2.02.

Matthew Wyatt jumped a solid 7.45m and Anna Thomson was the winner of the women's triple jump.

Marshall Hall was the standout discus thrower, sending the disc out to 58.01 while Lauren Bruce tossed a handy 56.19m in the hammer.

The top shot putter on the day was junior Ryan Ballantyne with a personal best 17.16 for a clear win.