Defending Super Rugby champions the Highlanders have confirmed coach Jamie Joseph will leave the franchise at the end of the season to take over as the head coach of Japan. 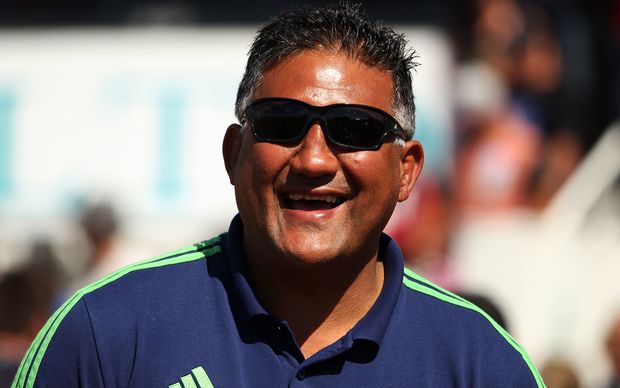 Joseph led the southerners to their maiden Super Rugby title last year, guiding them to a 21-14 win over the Hurricanes in the final in Wellington.

Highlanders chief executive Roger Clark confirmed the news in a statement on Thursday morning, despite the fact Joseph's Japan appointment was supposed to be announced at a press conference in Dunedin in the afternoon.

"Obviously we have mixed emotions about Jamie moving on; we would have liked him to sign a new contract with our organisation, however we understand his reasons for signing with Japan," Clark said.

"After six seasons coaching in Super Rugby the new challenge of international rugby and the opportunity to coach the host nation at a World Cup proved to be too enticing. We couldn't have asked any more of Jamie over the last five years; he has put his heart and soul into this club and delivered a championship."

Joseph, 46, will take up the reins in Japan at the completion of the 2016 Super Rugby season, though he's likely to be involved in some capacity in Japan's test matches in June during the Super Rugby international break.

"The timing of the announcement is not ideal but it clears up all the speculation of the last few weeks and I know Jamie well enough to know that he will continue to give everything he has to the Highlanders until that final whistle blows," said Clark.

"That's just who he is, so we have no concerns as a club on that front."

The search for a new head coach will begin in as soon as possible.

Joseph had strong ties to Japan having played for the national side at the 1999 World Cup and played and coached for Sannix.

Joseph said the decision to leave the Highlanders was not an easy one.

"The decision to move on from the Highlanders was the toughest decision I have ever had to make in my coaching career. The club, the players and the people I have worked with over the last five years mean a great deal to me and the thought of that coming to an end is tough.

"I take great pride in what this club and all the people within it have been able to achieve in a relatively short time.

"I will always be extremely grateful for the opportunity to have been involved with the club and, no matter which teams I am coaching in the future, the Highlanders will always hold a special place in my heart."

Joseph said that as a coach you have to keep looking for the next challenge, so you can grow and get better.

"International rugby is completely different from coaching at Super Rugby level and brings with it a whole new set of challenges which I am keen to tackle.

"While I am looking forward to Japan, for now my focus is still with the Highlanders and ensuring we can build on last year's success."