Former rugby league star Jarryd Hayne's future in American football will be decided by Chip Kelly who has been named the new head coach of the NFL's San Francisco 49ers.

Kelly was sacked by Philadelphia earlier this month before the season had concluded after three years in the role, with the Eagles showing him the door after a hugely disappointing 7-9 NFC East season. 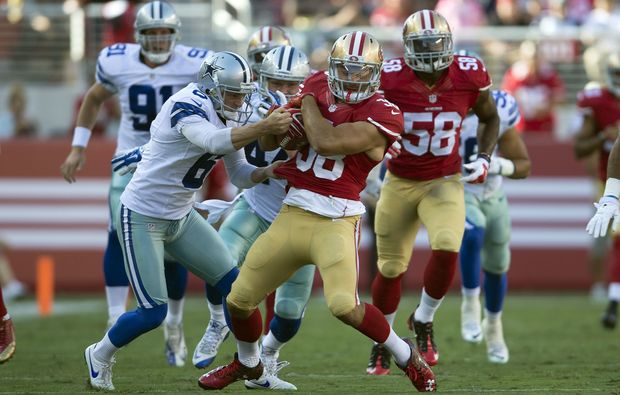 Philadelphia sacked Kelly because they wanted a coach who could relate better to the players after he overhauled the team's squad and traded away several big-name stars.

Hayne made the 49ers' 53-man roster in September but was cut mid-season and signed to the practice squad before being restored to the active roster for the final two weeks of the season following a litany of injuries to the team's running backs.

Former NRL superstar Hayne is currently in Australia on holiday and will return to off-season training in April where he will get the chance to convince the 49ers coaching staff to keep him on.