There was a clean sweep by Waikato riders with Hayden McCormick claiming the under-23 honours.

Strong winds made an already testing course tougher around the rolling over the hills near Taradale.

Buchanan had to recover from a restart, after she was sent the wrong way, to win the honours by just one second from her fellow Cycling New Zealand high performance track teammate Jaime Nielsen.

Nielsen who was chasing her third straight national time trial win, was last to ride, coming home in 34:15.64 for the 23.2km journey.

But Buchanan and Marlborough's Georgia Cattrick were given restarts and Nielsen had to wait before Buchanan edged her by one second. 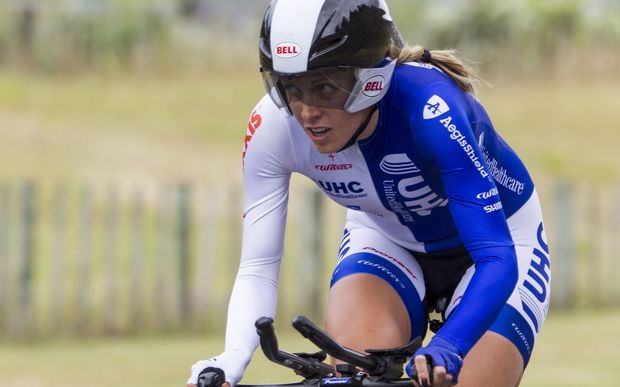 Buchanan said "the course suited me more than an open, flat course. It was so hard out there but I took out a fair bit of anger after having to restart."

Canterbury's Sharlotte Lucas was third from Catterick, who had a top-25 finish at her first visit to the world championships last year.

Bevin, like Buchanan an accomplished and explosive road and track rider, showed his poise to dominate the elite men's race over 40.5km.

He went through the first loop 24 seconds up on defending champion Joe Cooper and continued to build a lead posting a time of 52 minutes and 20 seconds. 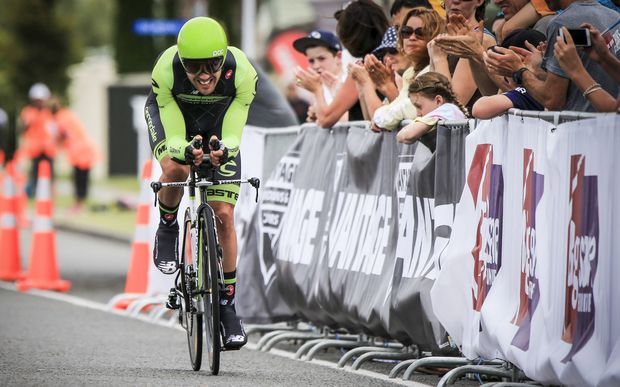 While a time trial-road race double is rare, Bevin remains positive about his chances.

"Someone has to win the road race so why not me? It is such a hard course with so many options. If I can hang in there then I have a chance."

Hayden McCormick headed off Southland's Liam Aitcheson and defending under-23 road champion Hamish Schreurs of Canterbury in the under-23 event.