New Zealand Rugby will trial some new laws in the domestic game in 2016, in the hope of improving the sport's entertainment value. 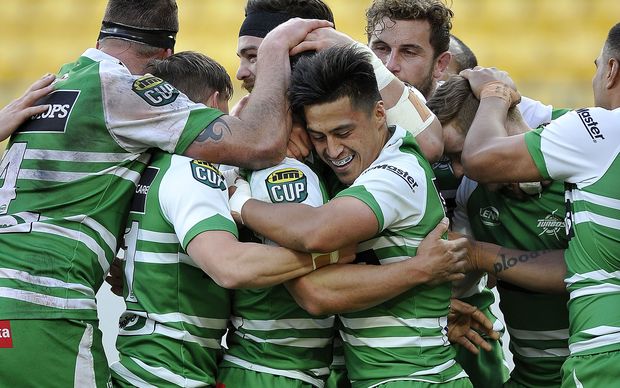 The Manawatu Turbos celebrate a try during their win over Wellington Photo: Photosport

World Rugby wanted New Zealand to trial a new breakdown law, as well as two referees on the field and the way points were awarded.

New Zealand's Steve Hansen and Dave Rennie are a part of the law reviews group.

The breakdown law to be trialled will end the use of the gate and also stop the use of hands.

New Zealand Rugby general manager Neil Sorenson said they want to clean up the contact area and make it easier for the referees.

"It's all very, very hard for a referee to do at the speed the game's now played at, so what they're doing they're going to get rid of the "gate" and essentially have an offside line which is a metre back from the breakdown.

"As long as you come from a metre back from the breakdown you can come in on any angle as long as you're onside," Sorensen said.

"The second one is you can't use your hands anymore, so any arriving player essentially has to stay on their feet."

Sorenson said the laws will be trialled in next year's provincial competitions.