The new Sunwolves coach Mark Hammett says his contract with the Japanese Super Rugby side is for just six months. 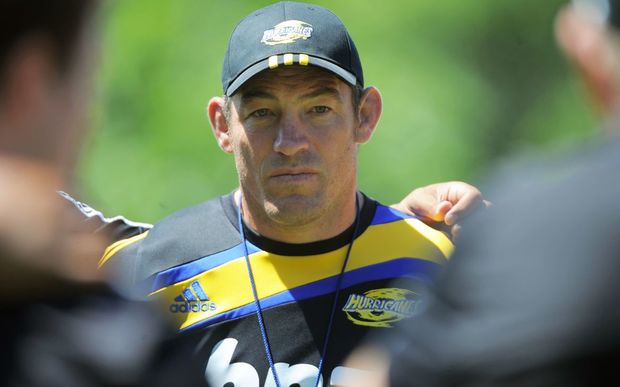 The former All Black hooker and Hurricanes coach was confirmed in the position on Monday.

A total of 10 players on Hammett's 34-man roster were on the Japanese national team squad that played in the Rugby World Cup, while there are 13 non-Japanese players, including Samoan standoff Tusi Pisi, who plays for the Suntory Sungoliath of Japan's Top League.

Hammett said he would continue on as an assistant for the Tasman Makos next year, but he and the Sunwolves would discuss an extension near the end of the contract.

Hammett said he was not involved in the selection of the 34 players, but hinted he'd add more players to the squad later.

The Christchurch native said the team would try to capitalise on their speed, one of Japan's strengths, but had room to get better physically.

Hammett wanted to learn about the players and their traits in order to build a foundation for the future, adding that it was "critical" to work closely with the Japan national team.

"I want to create a team and a culture where people want to belong, coaches, management and players," Hammett said.

"I want to create work that's enjoyable doing. Hard work but work (that's) enjoyable. And I want to create and develop leaders that people want to follow. And if we can do that, ultimately we will build a good culture."

The Japanese team would make its debut in a February 27th game against the Lions of South Africa at Tokyo's Prince Chichibu Memorial Stadium.

Playing in a South African Conference alongside the Bulls, Cheetahs and Stormers, the Sunwolves start with four home games (two in Singapore).

The Sunwolves play each team in their group twice, teams in the other South African Conference (Jaguares, Kings, Lions, Sharks) once, the Australian conference (Brumbies, Force, Rebels, Reds, Waratahs) once and will face the New Zealand teams in 2017.

The team will wear a red/orange primary strip that represents the rising sun while the grey alternate signifies the speed and fighting spirit of the wolf that is emblazoned across both jerseys.