Kirk Penney torched his former team-mates as the Illawara Hawks gave the Breakers a touch up in the ANBL game in Auckland. 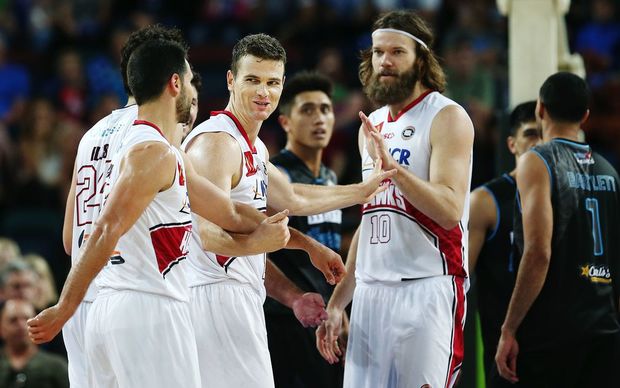 Penney scored 27 points as the Hawks won 107-83 to hand the Breakers their first home loss of the season.

"This is a tough place to play and it was awesome to play at Vector Arena. They haven't lost here this season so we are pretty thankful for this win," Penney said.

"We did move the ball well and maybe it's about us trying to stick together on the road, playing hard and we are getting better as the season goes on. It's so good to have a win like this.

"I should thank the NBL for scheduling this game before Christmas so I can stay in New Zealand for a little bit and see mum, dad and family and enjoy Christmas here in New Zealand."

Tom Abercrombie, who scored 12 points for the Breakers said it was just a disappointing effort from the outset. "We came out on the back foot and that continued throughout the game. We tried our best to claw back into it but the effort wasn't there for the most part."

"Firstly we've got to learn from this. It was a really disappointing effort from us and we have to come back better. We play straight after Christmas and there's no excuses for us. We have to go on the road to play a couple of tough teams. We have to make sure we're ready for that challenge."

The Breakers, who play in Sydney on the 27th are second on the table with a 10 and 5 record.

Illawara are fourth with a nine-win and seven-loss record.