Fiat Chrysler could bring the Alfa Romeo brand back to Formula One as a competitor to Ferrari.

Chief executive Sergio Marchionne, who's also the Ferrari president, told a media conference in Maranello that the Alfa marque was still resonated with fans.

The Alfa Romeo marque could return to Formula One. Photo: Photosport

There were also discussions with Red Bull, that never came to fruition, about possibly using Ferrari engines with Alfa Romeo branding next year.

Red Bull ultimately decided to continue with an engine provided by Renault.

Ferrari are due to supply three non-works teams - Swiss-based Sauber, American newcomers Haas and Red Bull-owned Toro Rosso - with their power unit next season, although the latter outfit will use a 2015 version.

Ferrari's late founder Enzo Ferrari started out racing and managing a team for Alfa Romeo before setting up on his own in the late 1930s. 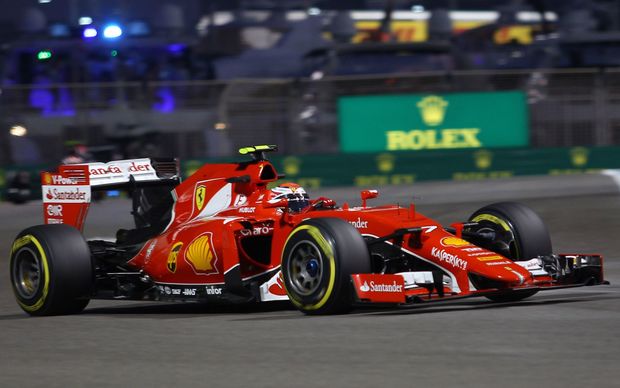 Ferrari could be lining up against stablemate Alfa Romeo in Formula One. Photo: Photosport

The first two Formula One world championships in 1950 and 1951 were won by Italian Giuseppe 'Nino' Farina and Argentine Juan Manuel Fangio in Alfa Romeo cars.

The company supplied engines in the 1960s and 1970s and returned as a constructor in 1979 before again withdrawing at the end of 1985.

Italian car giant Fiat bought Alfa, whose iconic red Spider 1600 model was driven by Dustin Hoffman in the 1967 cult film "The Graduate", in 1986.