American sprinter Allyson Felix's pursuit of a rare 200-400m double at the Rio Olympics has gained momentum after U.S. officials asked the IAAF for a schedule change to make an attempt possible. 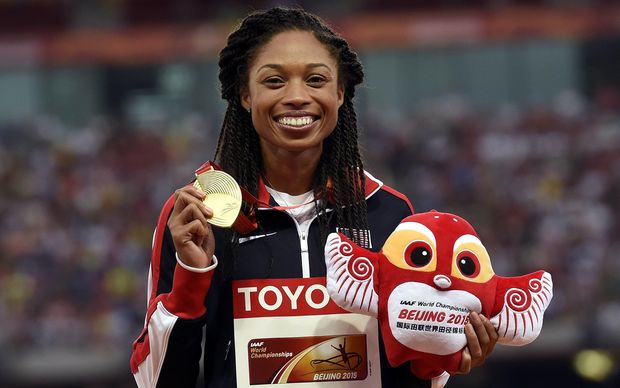 Felix, the Olympic 200m gold medallist and world 400m champion, is seeking to become only the third female to complete the double in the Summer Games.

American Valerie Brisco-Hooks claimed the honour in 1984 and France's Marie-Jose Perec won both in 1996.

The current athletics schedule would mean Felix, winner of 20 Olympic and world championship medals, would need to compete in the first round of the 200m 75 minutes before the 400m final.

In 1996 the IAAF changed the schedule for American Michael Johnson who broke the World Record in the 200m and won the 400m.

She wanted to attempt the double at the 2015 world championships, but decided the schedule would be too difficult.

Felix instead blazed to victory in the 400m with Dutch sprinter Dafne Schippers claiming the 200m in the fourth fastest time ever.