The New Zealand sailor Andrew Murdoch will start today's penultimate day at the Finn World Championships in Takapuna in fifth overall after a solid day on the water yesterday. 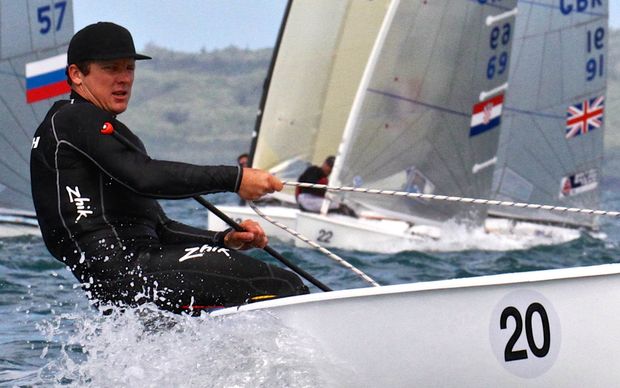 Compatriot Josh Junior is in 14th place and will today try to earn a place in the top ten and a start in tomorrow's medal race.

Murdoch placed ninth in race six, sixth in race seven and then another ninth to climb back into fifth overall, three points behind Jonathan Lobert of France.

Junior opened with a second place, followed that with a 12th and was fourth in race eight to lift his overall position from 28th place up to 14th.