The New Zealand driver Mitch Evans has won the sprint race at the latest GP2 Formula One feeder series event in Bahrain. 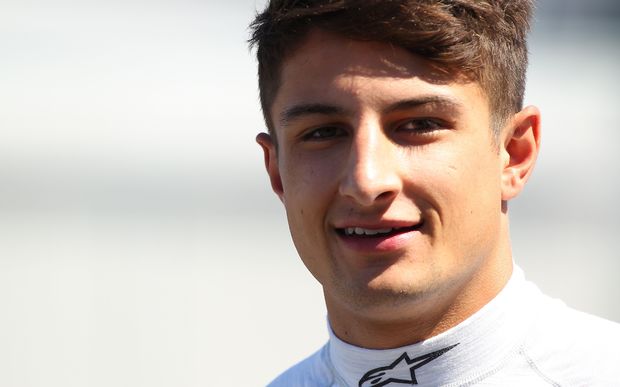 It's Evans second victory of the season and he's now fifth in the points standings with one round remaining.

For the second time this season, the GP2 circuit returned to Bahrain which replaced the cancelled German round earlier in the year.

The race coincided with the penultimate round of the World Endurance Championship [won by New Zealander Brendon Hartley and his Porsche team-mates] with all sessions taking place a day early.

In the feature race yesterday, Evans worked his way up the field and an early pit stop put him ahead of Italian driver Raffaele Marciello who ran in second.

American Alexander Rossi, who had rapidly moved up behind Evans, closed in to battle for position and the two drivers made contact at Turn 3 when Rossi clipped the back of the Russian Time car which damaged his front wing and forced him to pit.

Nobuharu Matsushita, who had subsequently moved into third, put the pressure on Mitch in the closing laps of the race.

The New Zealander managed to stay outside of the DRS range but a slow puncture from the earlier incident with Rossi slowed his pace and the Japanese driver made quick work to overtake him, leaving Evans to finish third.

The New Zealander got a sluggish start off the line from sixth in this morning's 23-lap sprint race and dropped a couple of places.

However, it paid dividends as those ahead of him all had a coming together and Mitch slotted into third behind Stoffel Vandoorne.

A collision further back down the field caused the safety car to be deployed. The race resumed in lap 3 and Evans closed in on Vandoorne, passing him a few laps later for second.

The young New Zealander kept up a great pace and reduced the gap to race leader Alex Lynn.

After a few attempts to get past, he finally sealed the deal on lap 14 and moved into the lead to take his second race victory of the season

"I was lucky with the carnage at the start and not to get collected by Nobu and managed to get straight into third. The pace felt quite good after the safety car. I was expecting Stoffel to be a bit quicker off the start and I wasn't sure if he was struggling or saving tyres but I was ready to go, put the pressure on and got by him.

"I pulled out a gap and was catching Alex who started to struggle a bit. I passed him and wanted to pull out a bit of a buffer without using too much of the tyre. In the last few laps Stoffel closed in again but I managed to stay in front," Evans said following the race.

"This has been a bit of a bogey track for us and for me and it's good to get two podiums here this weekend which I wasn't expecting after practice and qualifying. We made a few tweaks overnight and they seemed to work. I had a good balance and the guys did a great job in giving me a car to be able to fight for the win."

Evans is now in fifth in the Championship standings with 120 points heading into the last round of the 2015 GP2 season which takes place in Abu Dhabi on November 28th and 29th.