Star players David Pocock and Israel Folau have both been picked for the Wallabies Rugby World Cup semi-final against Argentina on Monday morning after passing last-minute fitness tests. 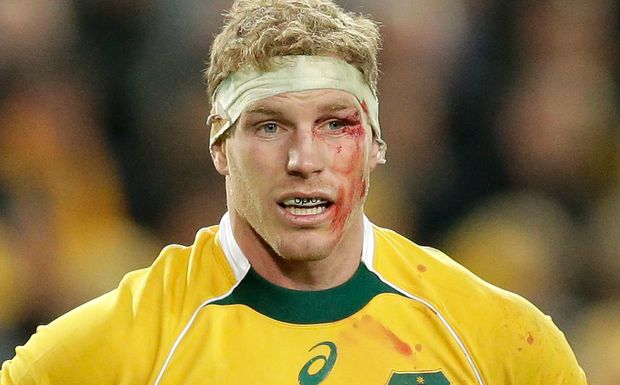 The pair, key members of the Australia side, missed last weekend's heart-stopping quarter-final against Scotland because of injuries but were cleared to return the starting line-up after making it through training.

Their availability is a major boost to an Australian side that struggled to produce their best against the Scots, needing a last-minute penalty to secure a 35-34 win.

Loose forward Pocock, in particular, is considered crucial to Australia's chances of beating the Pumas because of the way the powerfully built number eight dominates the breakdown and creates turnovers.

Fullback Folau is also a pivotal part of Australia's game plan because of his ability to catch high balls and break tackles when he has possession.

Loose forward Ben McCalman and utility back Kurtley Beale revert back to the bench.

There was one casualty from the Scotland game, however, with loosehead prop Scott Sio failing to recover from an elbow injury.

Sio, instrumental in helping restore confidence to Australia's wonky scrum, was replaced in the starting lineup by James Slipper, who earns his 73rd Test cap, a record for an Australian prop.

Slipper almost derailed Australia's World Cup when he threw the intercept pass that allowed Scotland to take the lead from Australia in the dying stages of the quarter-final.

"James has been pushing for a starting spot with his performances as a finisher and I know he'll take it with both hands," coach Michael Cheika said.

"James is a leader in our squad and has performed well through this tournament so far and in the lead-up matches."

With Slipper promoted to the starting lineup, Toby Smith took his spot on the reserves bench.

"This weekend is a great opportunity for the lads to improve on last week and take advantage of the chance to play on such a big stage," Cheika said.

"This weekend we want to make Australia proud of their team."