] Hawke's Bay have beaten Wellington 26-25 to win provincial rugby's Championship final in Napier, scoring the winning points within minutes of the whistle. 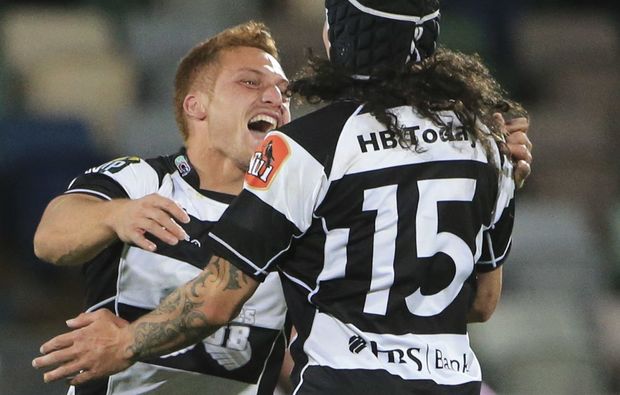 Hawke's Bay trailed throughout the match and were down 25-19 with just a couple of minutes to play, when winger Mason Emerson scored in the corner to reduce the deficit to just one point with the score 25-24.

In front of a vocal 7000-strong McLean Park crowd, first-five Ihaia West then kicked the difficult sideline conversion to put Hawke's Bay in front, a lead they managed to hold on to until the final whistle.

Jane scored a second half try - Wellington's only second half points - while West was successful in all six of his shots at goal kicking two conversions and four penalties for Hawke's Bay.

It was third time lucky for Hawke's Bay, having lost to Tasman and Manawatu in the Championship final in each of the past two years.

Hawke's Bay are now promoted to the Premiership division next season, while Wellington, who dropped to the championship this season, will remain there.

The Premiership final between Auckland and Canterbury will be played Saturday night in Christchurch.