Fiji have stepped up the psychological pressure on England, sending out the message they expect to inflict a humiliating defeat on the World Cup hosts in the tournament opener on Saturday.

The Pacific Islanders appear to have targeted England and the injury-hit Wales as their two must-win games, along with a third victory over Pool 'A' lightweights Uruguay if they are to make the quarter-finals.

Coach John McKee has resisted the temptation to fire all his guns at Australia and Wales, saying he will field his top side against England.

Captain Akapusi Qera said it was a "massive opportunity" to make the play-offs for only the third time after previously reaching the quarter-finals in 1987 and 2007. 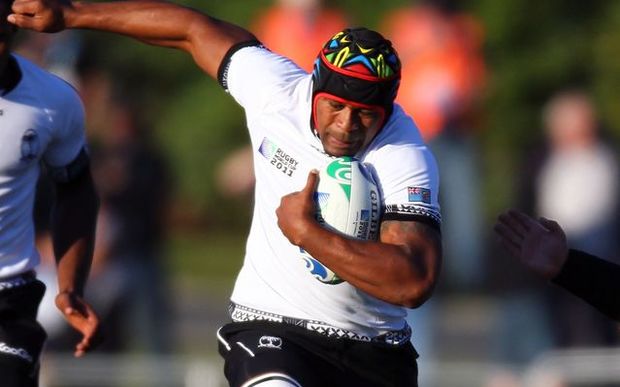 "We've been picked for this squad for a reason, and that reason is to play against England and do all we can to topple them on their home ground," the Montpellier-based No.8 said.

"This World Cup in England is a once-in-a-lifetime opportunity: we're not going to let it pass us by."

Pool 'A' is widely regarded as the pool of death, with England, Australia, Wales and Fiji vying for the two quarter-final slots, but McKee describes it as the pool of opportunity.

"We're looking to those games to take some scalps and progress to the playoffs. There's going to be a lot of twists and turns in the pool," he said.

McKee said he had a fully-fit squad available and would be holding nothing back against England.

"We'll be playing our strongest team," he said, leaving open the option of rotating players if required when they play Australia five days later.

McKee's focus since taking over as Fiji head coach last year has been in making the side more competitive at the set-piece and the improvement was evident when they beat Pacific Islands arch-rival Samoa to win the recent Pacific Nations Cup tournament.