The All Blacks have increased their lead at the top of the World Rugby rankings as they continue their preparartions for this year's World Cup title defence. 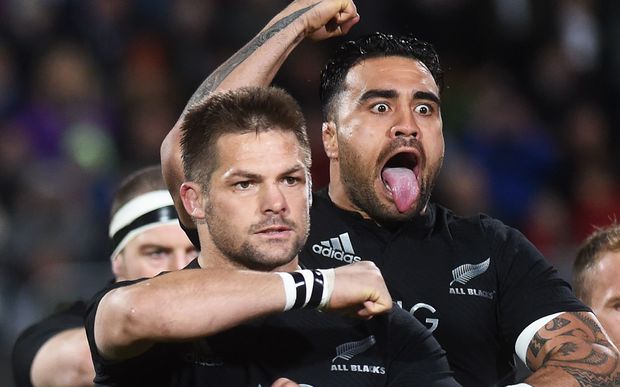 Richie McCaw and Liam Messam perform the Haka for the All Blacks. Photo: PHOTOSPORT

Their win over second placed South Africa in their Rugby Championship clash at the weekend has improved their cushion over the Springboks, who are now just ahead of third placed Ireland.

The rest of the top ten is England, Australia, Wales, France, Argentina, Samoa and Fiji.

Tonga's win over Canada in the Pacific Nations Cup this week means the Pacific Islanders move up one spot to 12th, replacing Japan, who lost to the USA.

Meanwhile a number of South African news organisations have queried if Richie McCaw's match-winning try against the Springboks at the weekend was legal.

The All Blacks captain scored from a lineout close to the Springboks line in the 74th minute of the match which the New Zealanders went on to win 27-20.

A number of news organisations believe the try should have been referred to the TMO because McCaw was off-side on two counts.

They believe McCaw was lined up in the halfback or receivers position and should have stayed 2 metres from the lineout, which he didn't.

The second issue is that he joined the lineout before the ball was thrown in, which is also illegal.

Referee Jerome Garces had no hesitation in giving the try.