An ailing Serena Williams has fought back from a set and service break down to secure a spot in Sunday's French Open final against Czech Lucie Safarova. 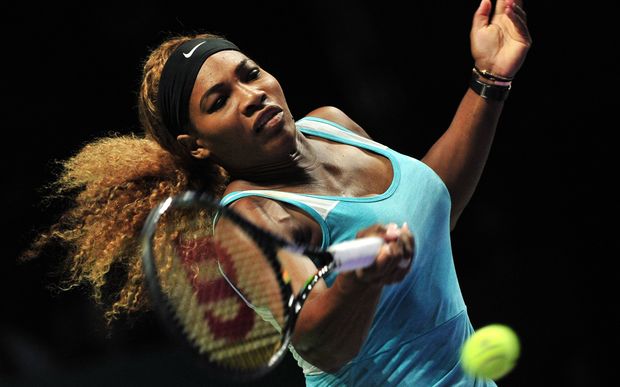 A distressed Williams looked close to retiring on several occasions before winning the semi-final 4-6 6-3 6-0 victory on a scorching day in Paris.

Chasing a 20th grand slam crown and third title at Roland Garros, the top-ranked Williams will face Lucie Safarova in the championship match after the 13th-seeded Czech beat former winner Ana Ivanovic 7-5 7-5 in the first semi-final.

Williams entered her match with a 23-from-26 record in grand slam semi-finals - her only defeats coming against sister Venus at Wimbledon in 2000 and to Belgium's fellow former world No.1s Justine Henin in Paris in 2003 and Kim Clijsters at the 2009 US Open.

But after battling coughing and sneezing fits during her pre-match warm-up, the top seed was on the brink when trailing by a set and 3-2 on Bacsinszky's serve in the second.

The American dug deep into her reserves to break straight back for 3-3 before reeling off another nine games straight to power into her third final in Paris.

Champion in 2002 and 2013, 33-year-old Williams will become the oldest women's champion in almost half a century if she raises the trophy again on Saturday.

Meanwhile, Safarova has become the first Czech woman in 34 years to reach the French Open final after she produced a sensational fightback to beat former champion Ana Ivanovic 7-5 7-5.

Struggling at 5-2 down in the first set, the 13th seed proceeded to pummel Ivanovic into submission and win 20 of the last 26 points in the set.

The victory also guarantees Safarova a place in the world's top 10 for the first time.