The world golf number one and Northern Irishman Rory McIlroy has missed the cut for a third straight year at the Irish Open. 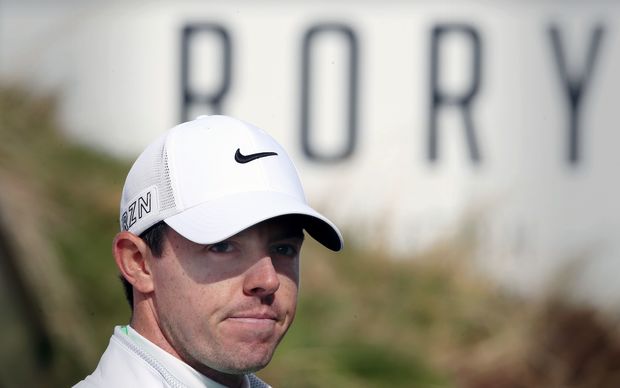 The four-times major winner gained some comfort by shooting a second round level-par 71, but the damage was done a day earlier when he ballooned to an 80 on the windswept and rain-lashed Royal County Down course.

It left McIlroy four shots outside the cut-off mark of five over par.

McIlroy also missed the cut in last week's British PGA Championship at Wentworth, having won the preceding event on the PGA tour in North Carolina.

"I was trying out there as hard as I could but just couldn't quite get a good run of holes going and get any momentum," the 26-year-old Northern Irishman said.

" I felt like I played a solid round of golf today but it wasn't good enough."

If there were any positives it was the backing McIlroy enjoyed since his arrival back in Northern Ireland, with sell-out crowds assured over the four days of the tournament his foundation hosts.

"The support out there is phenomenal," he said. "But this is the third year in a row they don't get to see me play over the weekend. It's disappointing to say the least. But more disappointing for them."

Triple major winner Padraig Harrington (73) was one stroke off the lead alongside former world number one Luke Donald (70).

Irishman Harrington can book a ticket to next month's U.S. Open with a top-three finish here.

Only nine players, the other being Briton Matt Ford, are under-par for the event while American Rickie Fowler carded a 71 for 142.

McIlroy is expected to be back at the course on Sunday to present the trophy.