The New Zealand cyclist Alex Frame recovered from a crash to finish second and claim the points leader's green jersey after stage three of the Tour of Ireland. 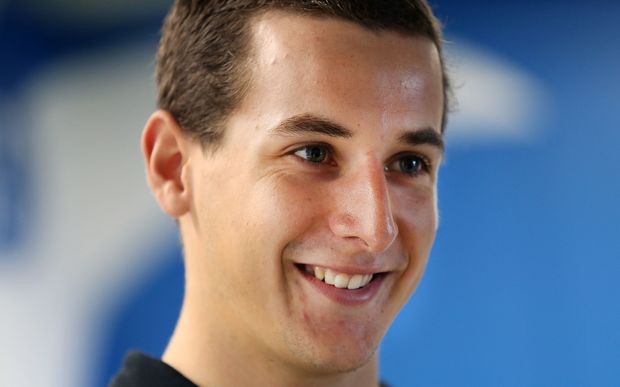 Frame is one of the world champion team pursuit track riders competing in European road races as preparation towards the summer track season and the World Cup in Cambridge in December.

The 21-year-old was pipped by compatriot Aaron Gate in the sprint for honours in yesterday's second stage to Gort, but his second placing means he has assumed the green jersey for points leader previously held by Gate.

The third stage from Gort to Westport in the west of Ireland comprised 145 kilometres with three tough climbs.

Rain, winds and the narrow roads added to the difficult conditions making for plenty of crashes and Frame was brought down just seven kilometres from the finish.

However he recovered to ride frantically through the convoy and then the 100-strong bunch to sprint for second behind Italian Matteo Malucelli and move from the tour's orange jersey for most aggressive rider to the green jersey points lead just ahead of Gate, who was fifth in the bunch sprint.

Austrian Lukas Postlberger retains the overall leader's yellow jersey with Gate, who rides for the An Post Chain Reaction team, in 14th place at 3:48 from the leader.