The New Zealand kayaker Lisa Carrington has made an impressive start to the first World Cup regatta of the season in Portugal. 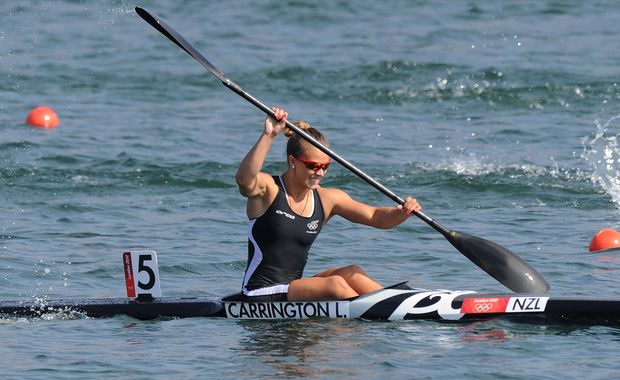 Carrington, the world and Olympic K1 200m champion, cruised through her K1 500m heat early in the day at the wind-affected Montemor-o-Velho course to easily qualify for tonight's final.

She clocked 1min 53.86secs, the fastest time of the day, to head off local paddler Teresa Portela and China's Feng Wang, with Poland's Beata Mikolajczyk and rising Hungarian Anna Kárász winning the other two heats and progressing directly.

Also progressing straight to tonight's A final was the little-fancied New Zealand K2 500m boat, with Aimee Fisher and Caitlin Ryan jumping out to a fast start in their heat and never looking back.

The pair are mainly focused on filling the middle of the strong K4 boat, with Kayla Imrie and Jaimee Lovett, but showed enough form winning the New Zealand K2 title earlier in the year for coaching staff to try them on the international stage too.

Their heat time of 1:47.98 was good enough to hold off the fast-finishing Hungarian crew of Anett Szilágyi and Fanni Simán, who were 0.7secs behind.

Fisher and Ryan have earned a rematch with top Australians Jo Brigden-Jones and Naomi Flood, who they beat at the New Zealand nationals in February, although the Australian pair had to qualify through the semifinals after finishing second in a fast second heat.

That was also the route taken by Marty McDowell, the other New Zealander in action, as he also qualified for tonight's A final in the K1 1000m.

McDowell finished fifth in his heat, won by Portugal's Fernando Pimenta in a slick 3:35.13, but stepped things up in his semifinal, where he clocked 3:44.10 and finished second, 2.8secs behind Australian Murray Stewart.

The New Zealander also had to battle the worst of the wind, which gusted up to 45km/h at times, out in lane seven but finished strongly.

As well as tonight's finals, the Kiwi K4 boat will also begin its campaign, along with K1 200m specialist Scott Bicknell, while Carrington and McDowell will also move in distance.