The Silver Ferns midcourter Joline Henry will play her 100th ANZ championship netball match this weekend when she takes the court for the Pulse against the Southern Steel in Palmerston North.

After previous stints with the Waikato Bay of Plenty Magic and the Mystics, Henry is poised to become the second player in the Pulse to chalk up the century. 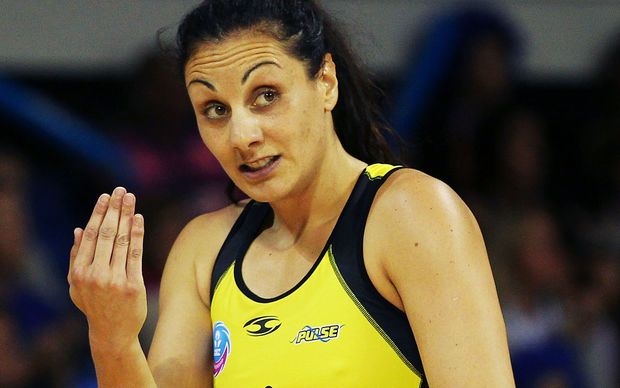 Bring it on - Joline Henry is about to play her 100th ANZ Championship match. Photo: Photosport

She follows former Silver Ferns Irene van Dyk in reaching the milestone but Henry said she only realised her 100th game was looming a couple of weeks ago.

"Having never given it a thought, but now that I know about it, I guess it is a special occasion. Not only do I get to play in Palmerston North which is my home because it's the closest place I get to Wanganui and to be able celebrate and play my 100th game at home makes it even more special," she said.

"Not everyone gets to play and do something that they absolutely love every day. I've been fortunate enough to knock up 100 and I guess it's a real testament to those who have supported me on my journey and for me, that's what makes me even more proud.

Left reeling after a last gasp one-goal loss to their southern rivals two weeks ago, the re-match couldn't come quickly enough for the Pulse.

The match could have a major impact on the New Zealand conference with the two sides battling for the third finals qualifying spot.

Locked on equal points, Steel have an edge courtesy of a better goal differential.

"The only silver lining from a couple of weeks ago was the reality and the knowledge that we'd get another go," Henry said.

Hopeful of sealing selection in the Silver Ferns for August's World Cup in Sydney, Henry, 32, has no plans of winding down her career beyond this year.

"I love the game and am still willing," she said. "Netball's been such a huge part of my life that I'd absolutely like to spend the tank and have no regrets. I won't hang on for the sake of hanging on but I'm still doing things I haven't done before and there's still stuff I need to revisit.