The high-priced Warriors signing Roger Tuivasa-Sheck came to the rescue after a car smashed into a house near the Kiwis star's, in the Sydney suburb of Botany.

The 21-year-old Tuivasa-Scheck who currently plays for the Sydney Roosters but will join the Auckland based Warriors next season, told Channel Nine news he was playing a video game when he heard the crash.

"I thought someone was clowning around but when I heard the bang, I thought 'something's wrong'," Tuivasa-Sheck said. 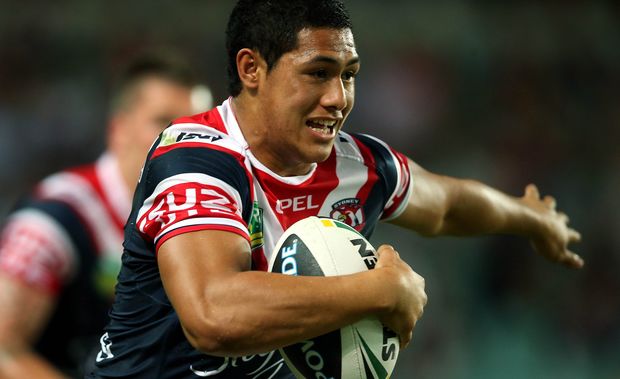 "I thought it had actually hit one of our cars and I just saw it smash into there (the house) so I ran over. It wasn't spectacular. The passenger was struggling so I helped him out and then the police turned up and did there stuff."

Tuivasa-Sheck stayed with the driver and passenger until emergency services arrived.

The 34-year-old female driver has been charged with drink driving.