The Queensland Reds have signed former All Black lock Brad Thorn as a development coach.

On the back of the appointment of former Wallabies coach John Connolly as a coaching advisor to under-fire head coach Richard Graham, the Reds have sgined Thorn on a three-year deal.

Thorn, who will play his final game of rugby for English side Leicester Tigers this weekend at the age of 40, will focus on developing Queensland's next generation of forwards. 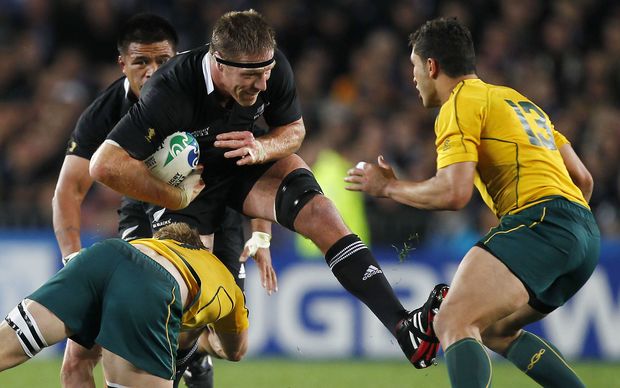 Brad Thorn on the charge for the All Blacks during the 2011 World Cup. Photo: Photosport

The Reds are coming last in the 15-team competition, having won just two matches.

Thorn grew up in Brisbane after moving from New Zealand and also represented Australia in rugby league, Queensland in State of Origin and the Brisbane Broncos in the NRL.