The New South Wales Waratahs held on to beat the Melbourne Rebels 18-16 on Saturday, setting up a blockbuster clash with the ACT Brumbies next week. 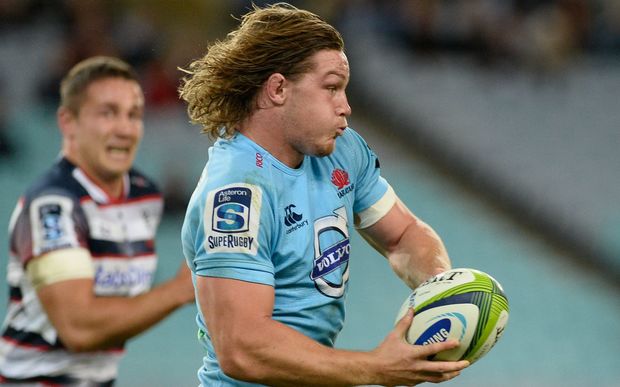 Michael Hooper on the burst against the Rebels, 2015. Photo: PHOTOSPORT

The win lifted the defending champions into seventh place in the standings, but they can take top spot in the Australian conference if they beat the Brumbies next week.

Meanwhile, the Stormers skipper Duane Vermeulen blocked a late drop-goal attempt by the Bulls Handre Pollard to help his team win 15-13 at Newlands.

Victory carried the Stormers to third in the standings while the Bulls slipped to fifth. 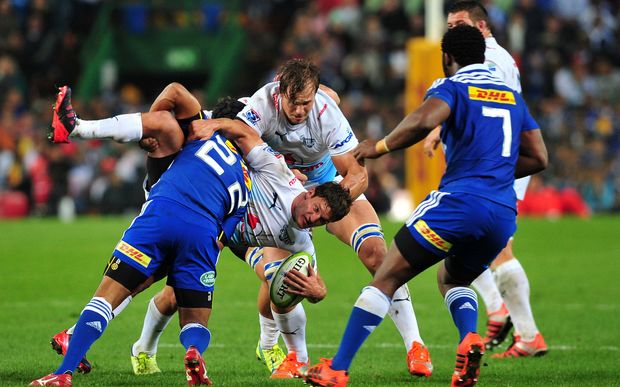 Piet van Syl of the Bulls is tackled by Kurt Coleman of the Stormers Photo: PHOTOSPORT

Elsewhere, scrumhalf Faf de Klerk scored a late bonus-point try as the Lions held off a spirited late sprint from compatriots the Cheetahs to claim a 34-29 victory at Ellis Park.

The win, a fifth in a row for the Lions, moves them to 26 points and 8th overall.