The New Zealand driver Hayden Paddon has suffered mechanical problems on the opening day of the Rally of Argentina.

The rough roads took their toll on his Hyundai as his car suffered a broken exhaust manifold which wasn't able to be repaired in time. 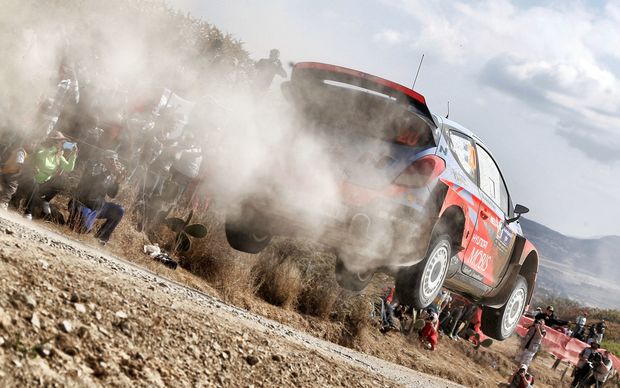 Haydon Paddon - competing at the Mexico round of the WRC. Photo: @tWorld / Vettas Media

Paddon also broke a gearbox mount partway through the day's opening stage, but was able to record the 5th fastest time.

However he had to nurse the car through the next stage before returning to service to find the damage to the car too great to be repaired.

They aren't the only crews to have suffered on Argentina's notoriously rough roads with WRC leader Sébastien Ogier parking his Volkswagen with suspected engine problems, Hyundai team-mate Thierry Neuville lost four minutes with a puncture and nearly all other WRC competitors contending with an issue of some kind.

Paddon says a really difficult start to the rally, but they always knew it was going to be rough and they tried to drive accordingly.

He says it's very frustrating, their time in the first stage was still quite good considering how much we had to nurse the car and this is the sort of rally they were hoping to get a good result on.

He's in 33rd position, 7 minutes behind the leader Kris Meeke.

Ogier is on the same time as Paddon.