Harlequins says its England fullback Mike Brown is still suffering from concussion symptoms and is unlikely to play again this season but will recover in time for the World Cup. 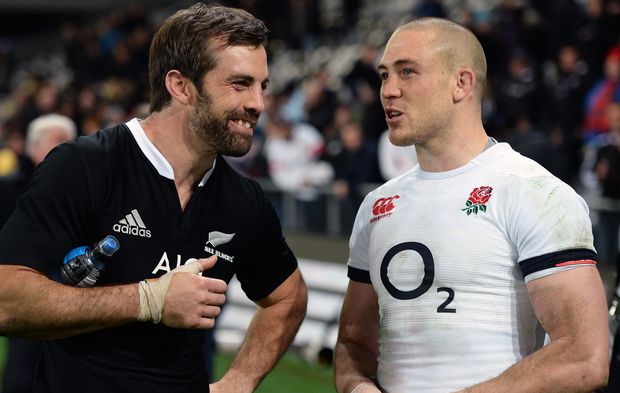 The director of rugby at Harlequins, Conor O'Shea, said Brown was in "a pretty tough place" but was confident he would be ready for the hosts' World Cup campaign in September.

"The World Cup is not an issue at all. With your England hat on, you might say this enforced break is the best thing for his limbs."

Brown missed England's Six Nations defeat by Ireland in Dublin in March after failing to recover from concussion, having been knocked out in a sickening collision with Italy's Andrea Masi in the first half at Twickenham on February the 14th.

The 29-year-old went through the "return-to-play" protocols and returned for England's victory over Scotland in their penultimate match before facing France, but he again suffered concussion symptoms following that win.

Harlequins have stopped him taking part in training and O'Shea could not forecast when Brown would return to action.

"Mike has played just six league games for us this season and it looks like it will probably stay that way," said O'Shea, who suspects Brown got a secondary head injury against France.

"He comes in to see the medics but until he's symptom-free, he won't resume any sort of training. It's probably the wrong turn of phrase but it's doing his head in because he can't train and is very frustrated. He has headaches throughout the day.

"If it's an ankle injury, you can grade it and set a time scale. This is more 'how long is a piece of string?' Are we worried? Of course we're worried.

"If I said to you, 'Go home, you'll have headaches for the next month and you don't know when they are going to stop' -- well that's a pretty tough place to be and that is where he is at the moment.

"He will not undergo a normal return-to-play procedure now. It will be a more extensive procedure."