Veteran prop Sam Rapira will get his first action of the season after being named in the Warriors lineup to take on the Gold Coast Titans in their Anzac day National Rugby League clash in Auckland on Saturday. 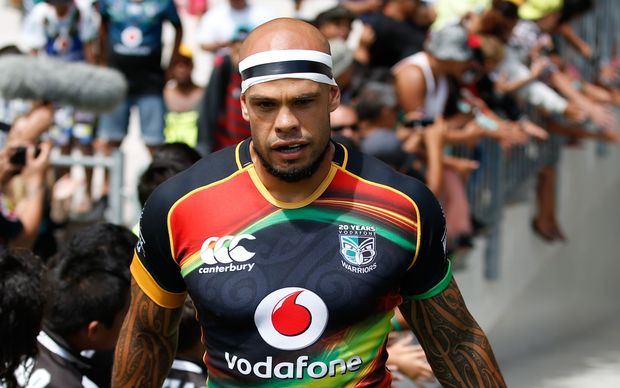 Rapira has been named on the interchange bench after playing in the NSW Cup side following a hamstring injury.

Centre Konrad Hurrell has been dropped with David Fusitu'a getting his first start of the season.

Backrower Raymond Faitala-Mariner is in line for his debut to become the Warriors 200th NRL player.

Coach Andrew McFadden says the selection of the trio reflected the intense competition within the wider squad.

McFadden says Raymond has been impressive all season for them in the NSW Cup and fully deserves his debut..... Rapira has been great working his way back into form from injury and David was outstanding in the two games he has played so far.

Coming back from a hamstring injury, Rapira has made his way back with three appearances in the NSW Cup to claim selection for the first time in his 10th and final NRL season before he moves to the English Super League next year.

Fusitu'a had shoulder surgery in the offseason and has announced his return with three tries in his first two games back for the NSW Cup side.

The club's first-ever Anzac Day match at home launches a programme of five games in five cities on a day New Zealanders and Australians unite to commemorate the 100th anniversary of the Battle of Gallipoli.