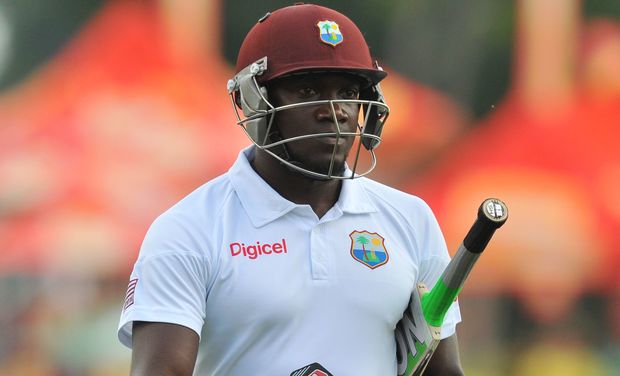 Bishoo's record over 11 caps is modest, with 40 wickets at 39.55, but will be promoted to the starting line up in place of the left arm orthodox spinner Sulieman Benn.

"Bishoo will be in," said Ramdin, when asked about his bowling line-up.

"The pitch will turn out to be better - in terms of spin - than the first Test in Antigua. He has bowled really well in first-class cricket in the last month and a half.

"In our squad's practice match he bowled long spells and got results.

"It's going to be a batting track for the first two days and then the fourth and five days, the spinner will come into play.

"With a leg-spinner you get bad balls and you get beauties. Hopefully he'll get a lot of beauties in this game."

Benn has been dropped completely from the West Indies squad and replaced by the pace bowler Shannon Gabriel.

The fresh faces in England's squad: Gary Ballance, Ben Stokes, Moeen Ali and Jos Buttler have yet to face a frontline leg-spinner in Tests.

England's captain Alistair Cook is also under pressure to perform having managed only 24 runs in the drawn first test.

Cook is convinced, however, that he has improved as a batsman despite failing to score a Test century since 2013.

"I'd like to think my game has improved over time, I definitely believe it has, it's just different."

While the heat has been on Cook, he said the criticism does not worry him and he would continue to trust his methods.

"I have been lucky that I have had a very simple game plan on the mental side throughout my career and it definitely works," he said.

"I am a resilient guy who can try and play each ball on its merits for a long period of time, that is kind of what my success has been built on so that hasn't changed."

Spinner James Treadwell, impressive in the first test, is a major injury worry after hurting his arm diving for a ball in Antigua.

His place could go to all-rounder Moeen Ali.