Despite being newcomers to the Oceania Champions League, Team Wellington will be able to draw on plenty of experience in tonight's semi final match-up against Fijian football club Ba. 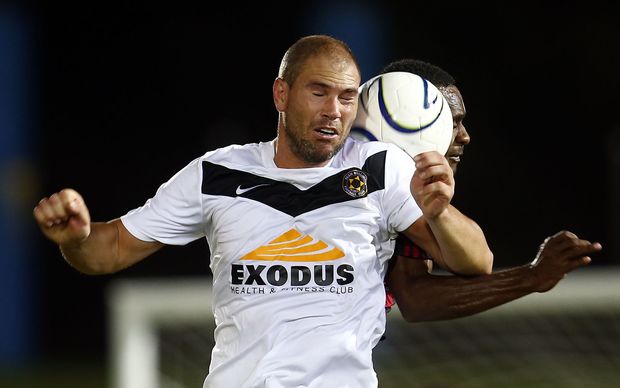 Team Wellington's Jarrod Smith gets up to head the ball. Photo: PHOTOSPORT

Both teams are unbeaten going into the winner-takes-all clash in Suva, having topped their respective groups with maximum points.

Team Wellington are contesting their first continental campaign but have recruited a number of players with Champions League experience.

Midfielder Cole Peverley said the team expects a lot of themselves.

"To be honest there's a lot of experience in the side and I think we wouldn't settle for less, we obviously want to win and we do think we have the quality to win it."

"We've obviously achieved nothing yet until we do win it and I think everyone's thinking that so we've got to go out there and perform and get the result and win the final as well, that would be good for us and great for the club, that's the ultimate goal."