The Australian Rugby Union has announced a 6.3 million dollar loss for 2014. 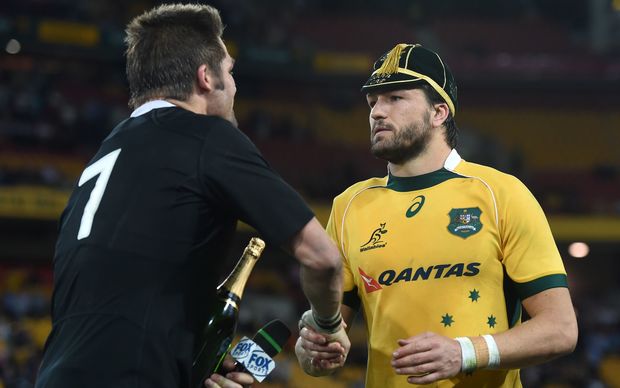 The All Blacks captain Richie McCaw presents the Wallabies Adam Ashley Cooper with a bottle of champagne for his 100th cap. Photo: PHOTOSPORT

Releasing its annual report for last year the ARU says it achieved an underlying business surplus of 700 thousand dollars but an overall deficit "in a year that focused on driving a sustainable future for the game, through direct grants to member unions and the delivery of national programs."

The ARU says it will now seek feedback from rugby fans and stakeholders to "drive its next five year strategy and future investment at all levels of the game".

Hawker says with their new broadcast deal nearly finalised, they're confident they'll have a secure financial future for their game.

The ARU says participation in the game grew by 12 per cent in 2014 while it had invested 3.7 million dollars in direct grants to member unions and 4.3 million was provided in funding for the delivery of ARU programs nationally.