Warriors coach Andrew McFadden is preparing his side for their "toughest test" of the NRL season when they meet North Queensland in Townsville on Saturday night. 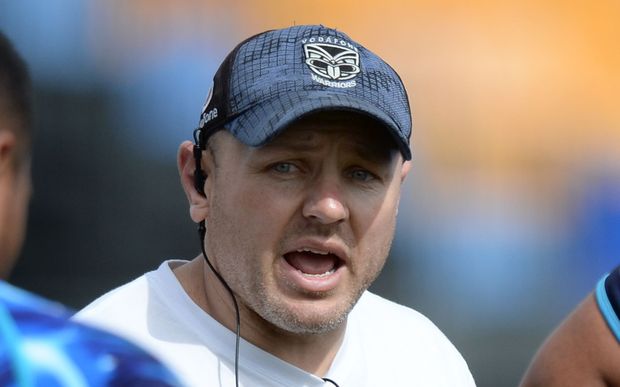 After last weekend's win over the Wests Tigers in Auckland, McFadden has pointed to Cowboys playmaker Johnathan Thurston as the biggest threat to the Warriors' hopes of securing back-to-back victories for the second time this year.

In a man-of-the-match performance, the halfback scored 18 points while leading the Cowboys to a dramatic 30-12 comeback win over reigning premiers South Sydney on Monday night.

McFadden says there was no denying Thurston's class but he was also greatly impressed by the platform the Cowboys forwards were creating for him.

"I think what's making him and his team so good at the moment is the quality of what they're doing in the middle of the field," he said.

"That's allowing Jonathan Thurston a heap of room. So he's certainly someone we've got to watch, but it's going to take a real team effort to stop him."

Thurston is set to play his 250th NRL match when the sides meet.

McFadden has warned his players to prepare for a passionate Cowboys performance, similar to the one the Warriors produced against the Tigers to secure victory in winger Manu Vatuvei's 200th game.

"It's most definitely our toughest test," McFadden said.

"They've hit the form that's made them one of the favourites of the competition."

The Warriors are hoping one of their own strike weapons hits his straps this weekend.

Centre Konrad Hurrell made an underwhelming return from injury in the loss to Melbourne a fortnight ago, but showed glimpses of his best football against the Tigers, setting up a stunning try for fullback Tuimoala Lolohea.

"I was too excited to come back," Hurrell said of his showing in Melbourne.

"I guess I was trying to do more than I usually do and came up with a few errors.

"I've just been focusing on going back to basics like catching, passing and running hard, but there's still a lot of room for improvement."