Top New Zealand swimmer Lauren Boyle was the stand out performer at the opening session of the national open swimming champs in Auckland, producing the ninth fastest women's 400m freestyle time in the world this year.

Boyle, the 2013 World bronze medallist and Commonwealth champion for the distance, won her heat in 4:06.25 - more than six seconds below the qualifying mark for the world champs in Russia later this year. 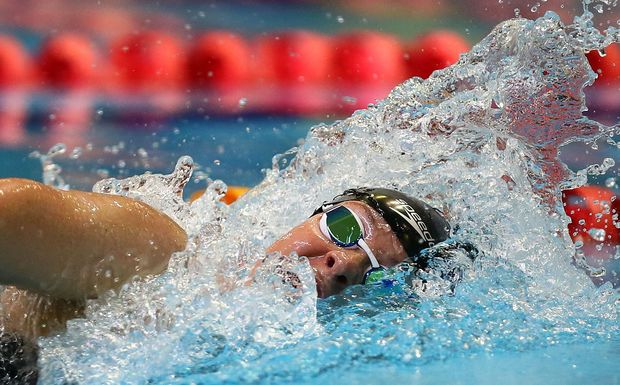 The United States based Snyders cruised to victory in his heat to go within within 0.27 seconds of the World Championships qualification mark.

Another US-based swimmer Matt Hutchins is poised to make a serious bid to secure the World Championships standard in tonight's final of the men's 400m freestyle after topping the qualifiers.

Another swimmer seeking to grab his World Championship opportunity in tonight's final is Aucklander Corey Main who produced an accomplished swim in the heats of men's 100m backstroke to stop the clock in 54.78.