The Swiss tennis legend Martina Hingis is set to return to Fed Cup duty following a 17-year absence after being called up by captain Heinz Guenthardt. 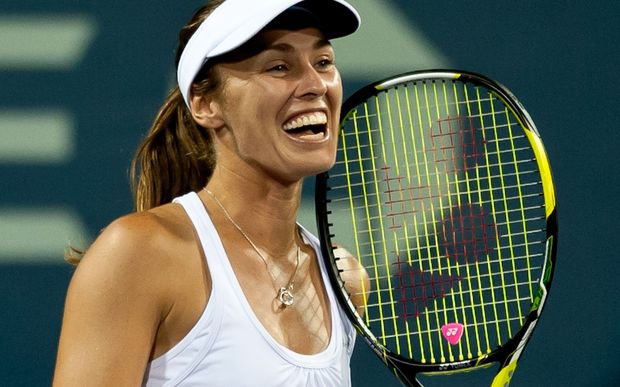 The 34-year-old Hingis will compete in the World Group play-offs against Poland at Zielona Gora on April 18-19 after earning the call-up.

The former world No.1 has not played Fed Cup since the 1998 final which Switzerland lost to Spain in Geneva.

Hingis must play the women's team competition if she wants to compete in the 2016 Olympic Games mixed doubles, perhaps alongside Roger Federer.

After six years in retirement, she gradually felt her way back on to the doubles circuit, but stopped a second time in November 2007 following a positive test for cocaine.

Since her second comeback in 2013, Hingis only competes in doubles and this season won the Australian Open mixed doubles with Leander Paes and the Indian Wells and Miami doubles titles with Sania Mirza.

Hingis will be joined by 22nd-ranked Timea Bacsinszky, Stefanie Voegele (91) and Viktorija Golubic (236) as Switzerland bid to return to the World Group for the first time since 2004.