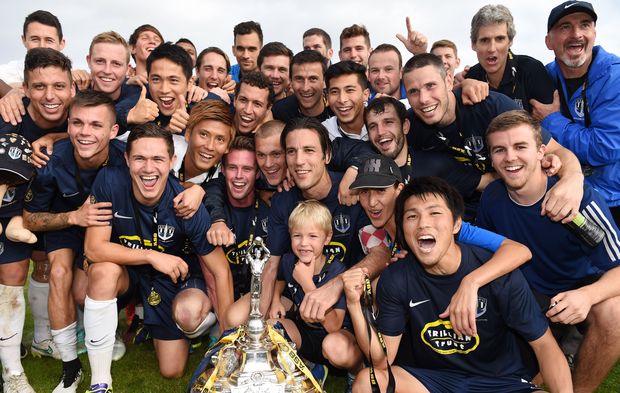 The defending champions were made to work hard at Kiwitea Street for what was their 13th successive win, going behind to a 19th minute Ryan Tinsley penalty.

Facing a disciplined and structured Hawke's Bay defensive unit, the hosts initially struggled to break down their opponents before the All White Ryan De Vries found the equaliser in the 38th minute.

The second half saw Auckland step up their tempo and several chances came and went before Marko Dordevic headed home a 62nd minute Darren White free kick for what proved to be the winner.

Auckland City coach Ramon Tribulietx said the team's belief in their possession-based philosophy got them across the line against a tricky opponent.

"I think we kept trying and that's probably the key," Tribulietx said.

"The bottom line for me is we carried on playing the same way and in some respects that paid off at the end."

Aucland City swept to the title with a run of 13 wins from 14 matches after returning from the Club World Cup where they placed third.