Powerful winger Waisake Naholo scored two tries as the Highlanders produced a fast-paced display to overcome the Stormers of South Africa 39-21 in Super Rugby on Saturday. 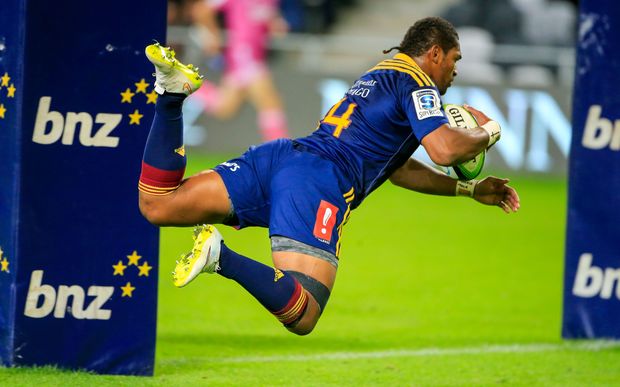 Waisake Naholo is flying for the Highlanders Photo: Photosport

Juan de Jongh crossed for the opening try in the 19th minute but the Highlanders responded with 31 unanswered points as they racked up their fourth win in six matches this season and hand the Stormers a second straight defeat.

First five Demetri Catrakilis converted but the lead didn't last long as the hosts responded with a breathless period of play with ball in hand that ended with All Blacks halfback Aaron Smith scoring a try with a sneaky effort.

With the Stormers defending on their own try line, Smith shrewdly touched the ball against the base of the post for the score as the surprised South Africans watched on.

De Jongh then tossed away a second try when his misplaced pass was easily intercepted by Naholo, who showed his speed by accelerating away over 55 metres to score.

The Fiji-born former sevens player then showed the other brutal side of his game as he bulldozed over the helpless Stormers fullback Cheslin Kolbe for a third try just before the halftime break to put the hosts 24-7 ahead.

His fellow Highlanders winger Patrick Osborne ensured the try bonus point with another physical effort at the start of the second period which first five Lima Sopoaga converted to maintain his perfect display of five from five with the boot.

Stormers replacement Michael Rhodes picked and crossed for a try after a series of rucks on the hour mark to end the one-way scoring but they always looked short of mounting a comeback as the game opened up favouring the hosts.