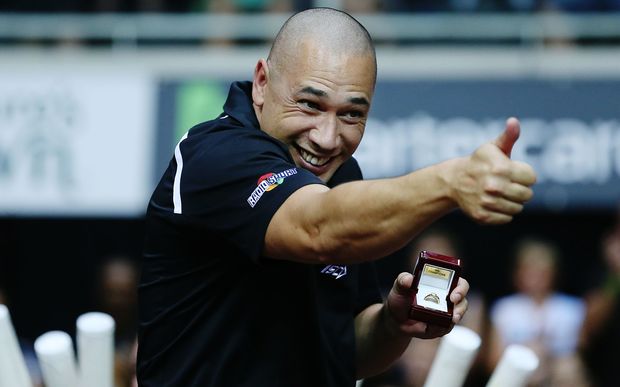 The former player, who also won an ANBL title with the Breakers both as a player and an assistant coach, takes over from Nenad Vucinic who stood down in September after eight years in charge.

Kennedy Kereama has been reappointed as head coach of the Tall Ferns.

Henare says he's humbled to have been named head coach and will bring the same desire, passion and commitment to the role that he brought throughout his playing career and more latterly, his coaching career in Australasia.

Pero Cameron has been named his assistant, and while Cameron says he's disappointed not to have got the top job, he'll throw his full support behind Henare.

The 30-year-old Australia based Kereama, says they're transitioning into a very exciting time for basketball with the depth of talent we have playing basketball globally.

Kereama will have a familiar man at his shoulder with the reappointment of Aik Ho as his assistant.

The main aim for both teams is qualification for next year's Rio Olympics.

Basketball New Zealand CEO Iain Potter says the interviewing panel was unanimous in their choices and have been hugely impressed by the caliber of the applicants from here in New Zealand and overseas.

The Tall Blacks programme in 2015 is a busy one, with a camp at home before participation in a four nation tournament in Europe in late July, then on to the Stankovic Cup in China in August.

Later that month they'll return for the Oceania Olympic Qualifiers against Australia.

The Tall Ferns 2015 programme is also heavily focused on the Oceania Qualifying Series.

They are confirmed in the William Jones Cup in Chinese Taipei and the national body is in discussions regarding two or three other fixtures within New Zealand or Asia. They will then play Australia in August.

The respective coaching appointments are for a period through to the end of 2016 - covering the Olympic Games cycle.

Paul Henare will continue as an assistant coach with the Breakers