The New Zealand cricketers appear to be remarkably relaxed going into their final World Cup pool match today against Bangladesh, a side that has beaten the Black Caps in their last seven one day matches. 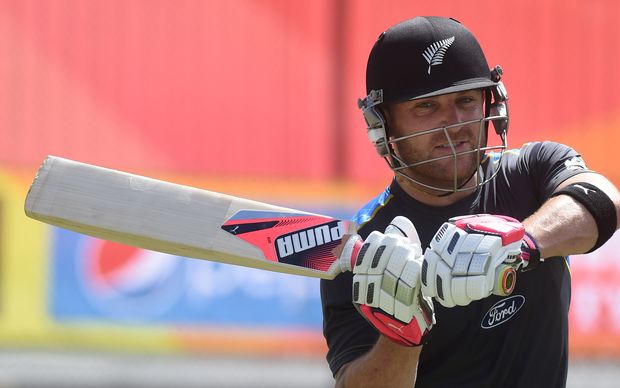 Those games were all in Bangladesh, and the Black Caps have been in good form as tournament co-hosts having won 11 of their 13 matches completed at home this year.

But captain Brendon McCullum says Bangladesh's win over England in Adelaide earlier this week underlined a big improvement in their approach.

"They've always been tough at home, as us losing seven days would testify, but I think their ability to now travel and they don't always get the performances on the board, but their skillset is starting to develop as well," he said at the pre-match press conference.

"We saw that the other night with Rubel and some of the other guys, the threat they pose with ball in hand for their quick bowlers is a lot more dangerous than what they did a few years ago."

The Black Caps trio of Dan Vettori, Grant Elliott and Kane Williamson will all be fit to play despite being struck down by a stomach bug during the week.

McCullum says the three players have all been able to train today, albeit indoors with rain preventing the side training outside.

He says they are not taking any extra health precautions despite the knock out phase of the tournament now approaching.

"If half the team goes down then you can't do anything about it. You can't wrap your team up in cotton wool, you've got to get on with it. If they're the cards that fall in your hand then we'll find a way to play the hand accordingly."

"I'm confident of the guys on the bench and when they get an opportunity to come in and play, they'll play well and give us a good chance and we can't worry about what might go wrong from an injury or illness point of view."

The only doubt for the Black Caps going into tomorrow's match is fast bowler Adam Milne who has a shoulder injury and may be replaced by Mitchell McClenghan. 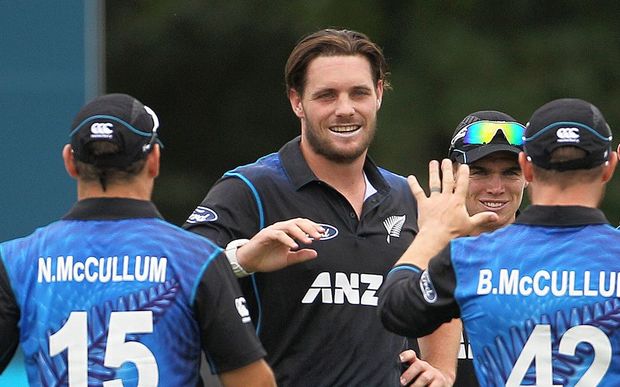 Mitchell McClenaghan could make his World Cup debut if Adam Milne fails to recover from a shoulder injury. Photo: Photosport

"Milney we just want to have a look at again in the morning (Friday). He's still a little bit stiff and sore and we'll have to make a call on that....but both him (McClenaghan) and Millsy (Kyle Mills) are our seam bowling back up so one of those of two will come in if Milney is ruled out," said McCullum.

The match gets underway at Seddon Park at 2pm.