Toledo, a 19-year-old from Sao Paulo competing in his first tour final, scored an amazing 19.60 out of 20 in Friday's decider to storm to the title.

It's the second year in a row a Brazilian youngster has defeated an Australian in the Quiksilver Pro final after Gabriel Medina's win over Joel Parkinson in 2014.

Medina went on to win the 2014 world championship and on Friday's evidence, there seems little reason Toledo can't go on to replicate that feat.

The form surfer throughout the event, Toledo was simply untouchable in the final, scoring two nine-point rides before capping off the win with a perfect 10 on his last wave.

The victory prompted scenes of unbridled celebration among the huge collection of Brazilian fans on the beach as the South Americans took over the event with three of the men's semi-finalists being from the country. 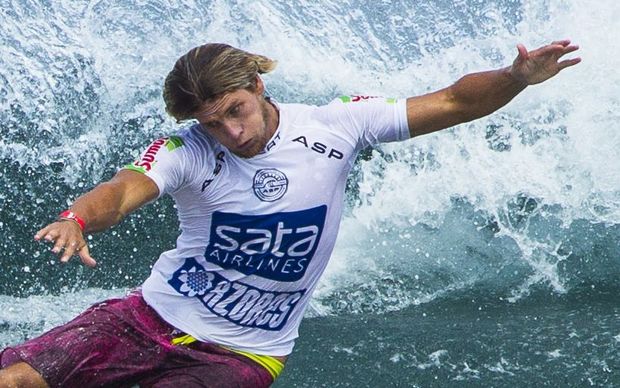 No joy for Ricardo Christie on debut at Snapper Rocks Photo: Photosport

New Zealand surfer Ricardo Christie was finally knocked out on his World Surf League debut at the season-opening event in his sudden-death second round by Australia's Taj Burrows.

That was only after 10 straight lay days due to small waves at Snapper Rocks.