The All Black Owen Franks has been suspended for two weeks after pleading guilty to striking a player in the Crusaders' win over the Highlanders on Saturday. 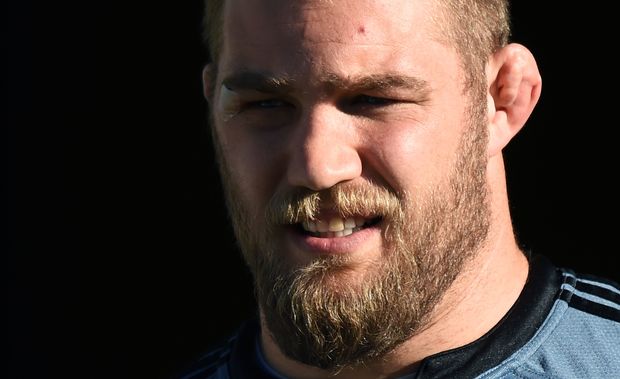 Owen Franks during an All Blacks training run, 2014. Photo: PHOTOSPORT

The incident occurred in the 10th minute of the match at Forsyth Barr Stadium in Dunedin.

The SANZAR Duty Judicial Officer Robert Stelzner SC accepted the guilty plea from Franks on Tuesday after the Crusaders' prop was cited following the game.

In his ruling, Stelzner says Franks submitted that he was attempting to remove a Highlanders player from the wrong side of maul.

He says Franks' conceded that in these attempts, he struck his opponent with his arm in a

careless way, but there was no malice intended.

"After taking all relevant facts of the incident into consideration, I found the incident to have a lower end entry point for breaches of 10.4 (a) Punching or striking which stipulates a two week suspension."

Stelzner added that Franks has had an extensive career at Super Rugby and Test level with no suspensions to his name.

Franks has been suspended from all forms of the game for two weeks up to and including March the 8th.