The Chiefs will welcome back a trio of All Blacks for their second round Super Rugby clash with the ACT Brumbies in New Plymouth on Friday night. 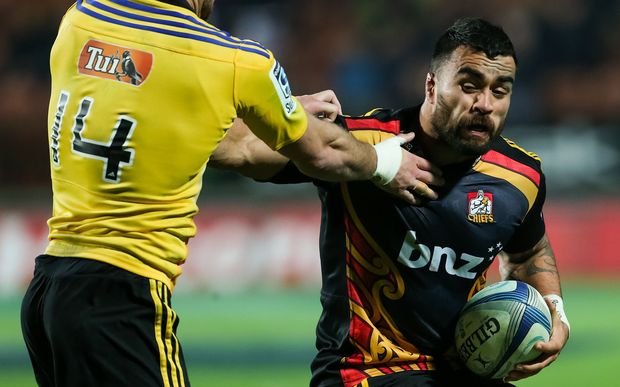 First-five Aaron Cruden, lock Brodie Retallick and loosie Liam Messam all sat out the opening win over the Blues, but have been named to turn out against the Brumbies, who thumped the Queensland Reds in their opening match.

The Chiefs also welcome former All Black Hosea Gear for his Chiefs debut on the left wing, while World Rugby Player of the Year Retallick will start on the bench.

Other changes to the starting XV see former All Blacks prop Jamie Mackintosh line up alongside another former international, Hika Elliot, along with Siate Tokolahi in the front row.

In the backs, ITM Cup Player of the Year Seta Tamanivalu is set to make his Chiefs and Super Rugby debut in front of his home crowd off the bench - but he could start with Sonny Bill Williams taking a knock in training on Wednesday, in which case Charlie Ngatai would play at No.12.

With Tom Marshall and Tim Nanai-Williams unavailable due to injury, James Lowe moves to fullback with Bryce Heem retained on the right wing.

In the reserves, a Chiefs debut is in the offing for hooker Quentin MacDonald, who returns to Super Rugby after a season away

They are joined on the bench by props Pauliasi Manu, Ben Tameifuna and last week's stand out performer Damian McKenzie.

Meanwhile, the South African rugby side the Bulls have made four changes to their side for this weekend's Super Rugby clash with the Hurricanes in Pretoria.

The Bulls were beaten in their first round match by the Stormers, while the Hurricanes beat the Lions in Johannesburg.

The most significant change to the Bulls side is the return to the starting lineup of skipper Pierre Spies at No.8.

The Hurricanes are not expected to tinker too much with their side although loosie Victor Vito and second five Ma'a Nonu could come into the mix for a starting spot.