The Melbourne Rebels co-captain Scott Higginbotham and halfback Nic Stirzaker have both been cited for foul play after two alleged stamping incidents on All Black captain Richie McCaw. 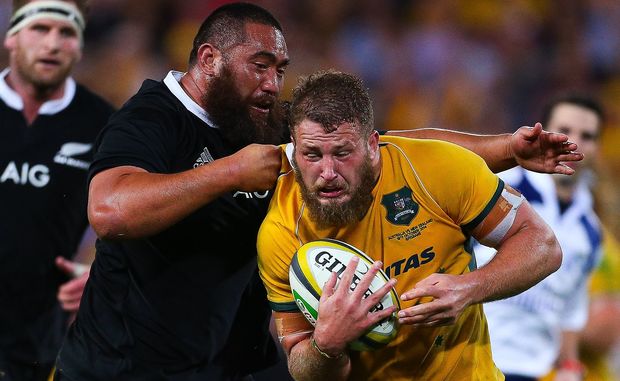 Scott Higginbotham during a Bledisloe Cup match between the Wallabies and the All Blacks. Photo: PHOTOSPORT

Both must front the SANZAR judiciary following their historic 20-10 win over the Crusaders in Christchurch last night.

Higginbotham's citing stems from an alleged stamping on the head of McCaw in the 50th minute.

McCaw is seen to react angrily toward Higginbotham, although the incident escaped the attention of the on-field officials.

Higginbotham, who this season has been joined by flanker Scott Fuglistaller as skipper, doesn't have a good record after receiving three yellow cards last season.

Stirzaker's alleged offence was also for stamping on McCaw.

He was yellow-carded in the third minute but returned and scored the Rebels second try in the 65th minute.