The New Zealand tennis number one Marina Erakovic has breezed into the third round of the Pattaya Open in Thailand. 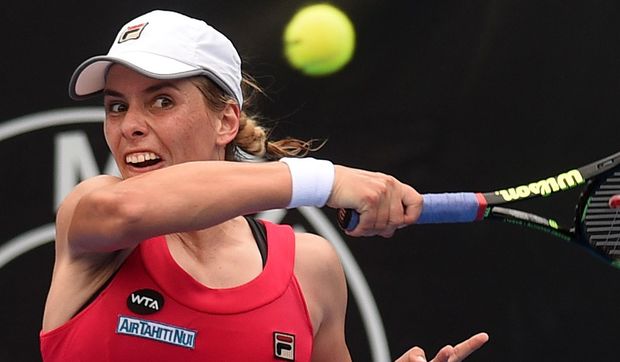 After dropping only four games in her opening match against an unseeded local player yesterday, Erakovic brushed aside the unseeded Ukrainian Yuliya Beygelzimer 6-1 6-1, and her quarter-final opponent is the Russian Vera Zvonereva who's been ranked as high as number 2 in the world.

In the big result of the round, the Chinese top seed Peng Shuai was beaten in three sets by an unseeded Japanese.

Zvonareva advanced into the third round to continue her comeback from injury, beating eight seed Shuai Zhang of China 7-6, 6-3.