The chief executive of the Samoa Rugby Union is quitting his post, just a day after the resignation of the Union's High Performance boss. 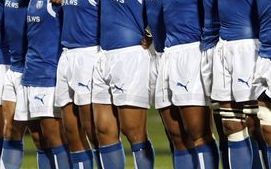 Fred Amoa said his resignation was handed in yesterday but insisted it was a coincidence the head of the Union's High Performance Unit, Tuala Mathew Vaea, was also leaving.

A dispute between the SRU and Manu Samoa players also remains unresolved, after the team threatened to boycott a test against England in November.

But Fred Amoa said that did not influence his decision to step down, and that he simply wanted a change and to return to his work as a lawyer.

"I'm pretty sure someone will be recruited by the Samoa Rugby Union to carry on the work and organise and prepare the team for the All Blacks match [in the] middle of the year and also the Rugby World Cup."

A team from the New Zealand Rugby Union will be in Samoa next week to check on preparations for the July test between the All Blacks and Manu Samoa at Apia Park.