All football in Egypt has been postponed indefinitely after the deaths of at least 19 people in clashes between fans and police outside a stadium in Cairo. 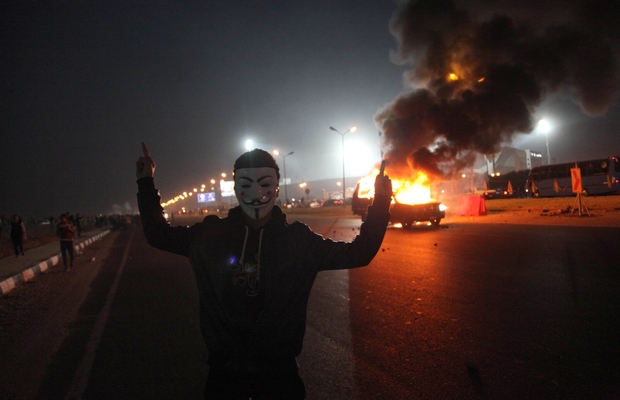 A man gestures near a burning car during clashes between Zamalek football club supporters and security forces on 8 February 2015. Photo: AFP

But while a Health Ministry spokesman put the final death toll at 19, the public prosecutor's office said there were 22 fatalities, and a supporters group said they had "28 martyrs".

The deaths happened when fans were crushed in a stampede after police fired tear gas at a group of supporters trying to get into the stadium for a local derby match in Cairo, which went ahead.

The tragedy could mean that the recently-appointed coach of one of the teams, Portuguese Jesualdo Ferreira, might turn down the job even before he starts.

The Egyptian football association has called for an investigation as well as announcing three days of mourning.

The Egyptian Premier League was last suspended in February 2012 after 74 fans were killed in a riot at a match in Port Said.