Six-time V8 Supercars champion Jamie Whincup has been bitten by a snake at a pre-season promotion at Sydney's Taronga Zoo. 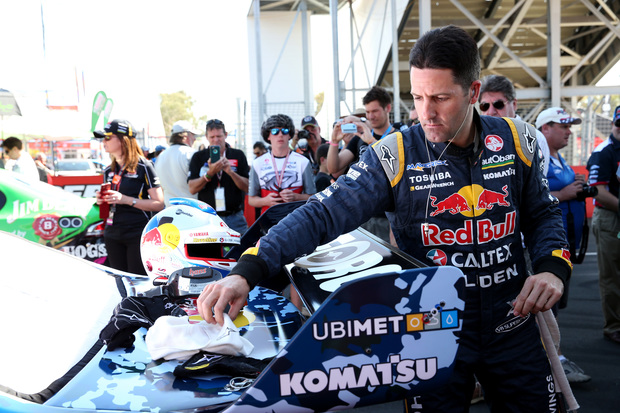 The one-metre, non-venomous black-headed python latched onto Whincup's hand during a photo shoot where he was holding both the snake and the series trophy he'll be defending this season.

It took a couple of minutes to dislodge the snake from Whincup's hand, leaving him with a superficial wound from the teeth marks. 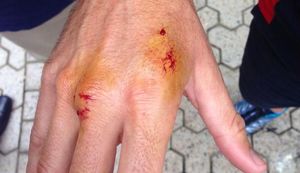 Whincup says he could feel the snake moving about and somewhat expected it to bite him.

He says the bite was pretty painful, but that he'll live to fight another day.

"Apparently the teeth go backward, so it's hard for it to release. We had to push it in harder to get it off," he says. "I feel a little bit sorry for the zoo. We come out here to show how cool these reptiles are and this is unbelievably rare."

"I don't think they've ever had anyone ever get bitten and now, with all the TV cameras here, I get bitten in front of everyone."