Substitute James Troisi scored halfway through extra time to give tournament hosts Australia their maiden Asian Cup football title with a 2-1 victory over South Korea in a pulsating final in Sydney. 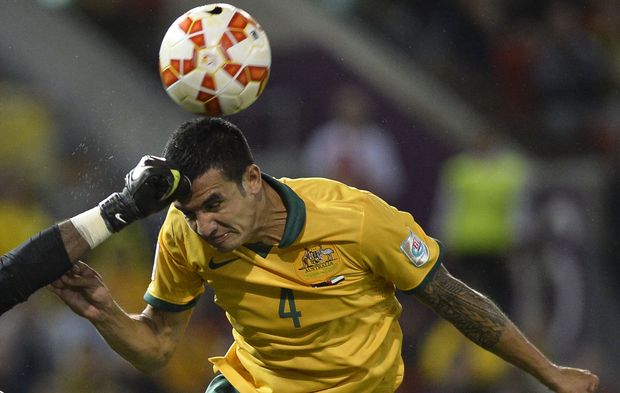 South Korea's Son Heung-min scored in stoppage time at the end of 90 minutes to send the match into the extra half an hour, cancelling out Massimo Luongo's strike on the stroke of halftime.

It was just before another break with 105 minutes on the clock that Troisi put the ball into the net from close range to make Australia champions of Asia nine years after they switched from the Oceania confederation and hand them their maiden major title.

Former World Cup semi-finalists South Korea had ridden their mean defence to a first Asian Cup final since 1988 but despite being the better side for much of thee match came up short in their bid for a first title in 55 years.

Luongo's goal was the first they had conceded in the tournament and for most of the second half it looked the goal-shyness which characterised the start of their campaign had returned to haunt them.

With regulation time running out, though, substitute Han Kook Young dispossessed Trent Sainsbury on the edge of the box and Lee Jeong-hyeop fed the ball to Son who stroked it into the net under the challenge of two defenders.

Australia had come out to attack as coach Ange Postecoglou had promised but in frenetic start to the match, the South Koreans showed they had threats up front too.

Son had his sights set just too high in the second and 37th minutes and Luongo was on hand to block his shot after Cha Du-ri's charge down the right wing in the 38th.

Seven minutes later and Luongo was down the other end to take Sainsbury's through ball with a deft touch and lash it into the back of the net from 25 metres.

The lead was barely deserved but that did not stop the green-and-gold clad majority of the sellout crowd of 76,385 at Stadium Australia celebrating in a frenzy.

South Korea pressed forward in search of an equaliser but were grateful for goalkeeper Kim Jin-hyeon for a fine save from Mathew Leckie on the hour mark, as they had been in the first half when he stopped a Tim Cahill shot.

After Son's goal had provided a dramatic conclusion to normal time and sent the match into the extra half hour, Kim was again on hand to intercept Luongo's cross with Socceroos lining up to put it into the net.

Five minutes later, though, Tomi Juric nutmegged Kim Jin-su on the edge of the box and Kim was only able to push the striker's cross into the path of Troisi, who smashed the ball into the open goal.