Brett Lee was denied a last-ball hat-trick and a fairytale end to his professional cricket career as the Perth Scorchers scrambled a single off the fast bowler to win back-to-back Big Bash League titles in Canberra. 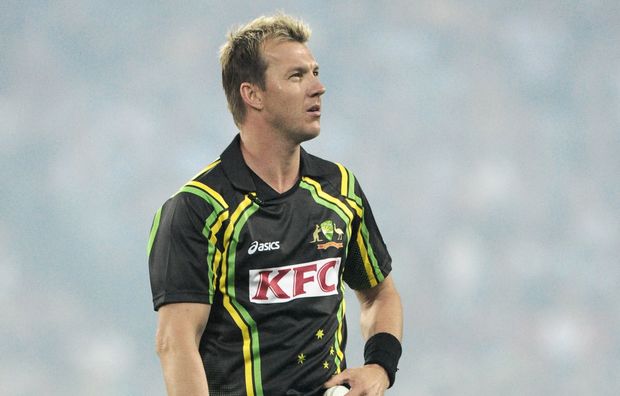 The Twenty20 final was the 38-year-old former Australia paceman Lee's last match and he came on to bowl the final over for the Sydney Sixers with the opposition needing eight runs.

The Perth side looked in firm control needing one run from three balls in their chase of 148 but Lee, who has played 76 Tests and 221 one-day internationals for Australia, was not ready to bow out without a final flourish.

Lee clean bowled Nathan Coulter-Nile for seven and Sam Whiteman for a duck with the fourth and fifth ball of the final over, to give Sydney hopes of an unlikely tie.

He was right on target with his hat-trick ball but Sydney captain Moises Henriques fumbled a throw at the non-striker's end to allow Yasir Arafat, who was well short of the crease, to complete the required single for victory.

Lee finished his career with three wickets for 25 runs off four overs as Perth won by four wickets to seal their second consecutive title.