The New Zealand men have qualified for the under-17 football World Cup following a dramatic penalty shootout win over Tahiti in the final of the Oceania Championship in American Samoa.

After the game finished tied at 1-1 at the end of 90 minutes the shootout was needed to decide the match. 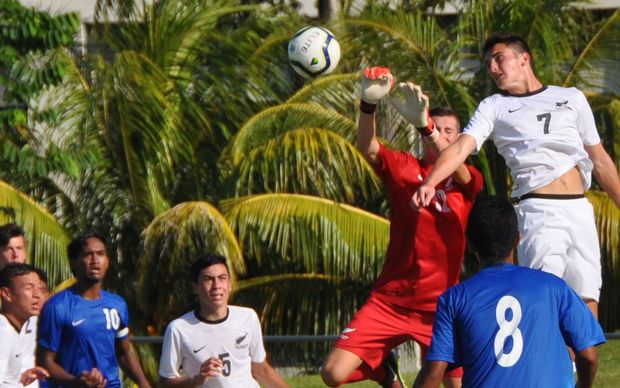 NZ have qualified for the under-17 World Cup. Photo: OFC Media

Earlier, Logan Rogerson's 60th minute goal - his 11th of the tournament - had given the New Zealand side the lead before Connor Probert missed a penalty four minutes later.

With nine minutes to go Tahiti's Honoarii Kohumoetini levelled the scores and spot kicks were required to find the Oceania representative at the tournament in Chile in October.